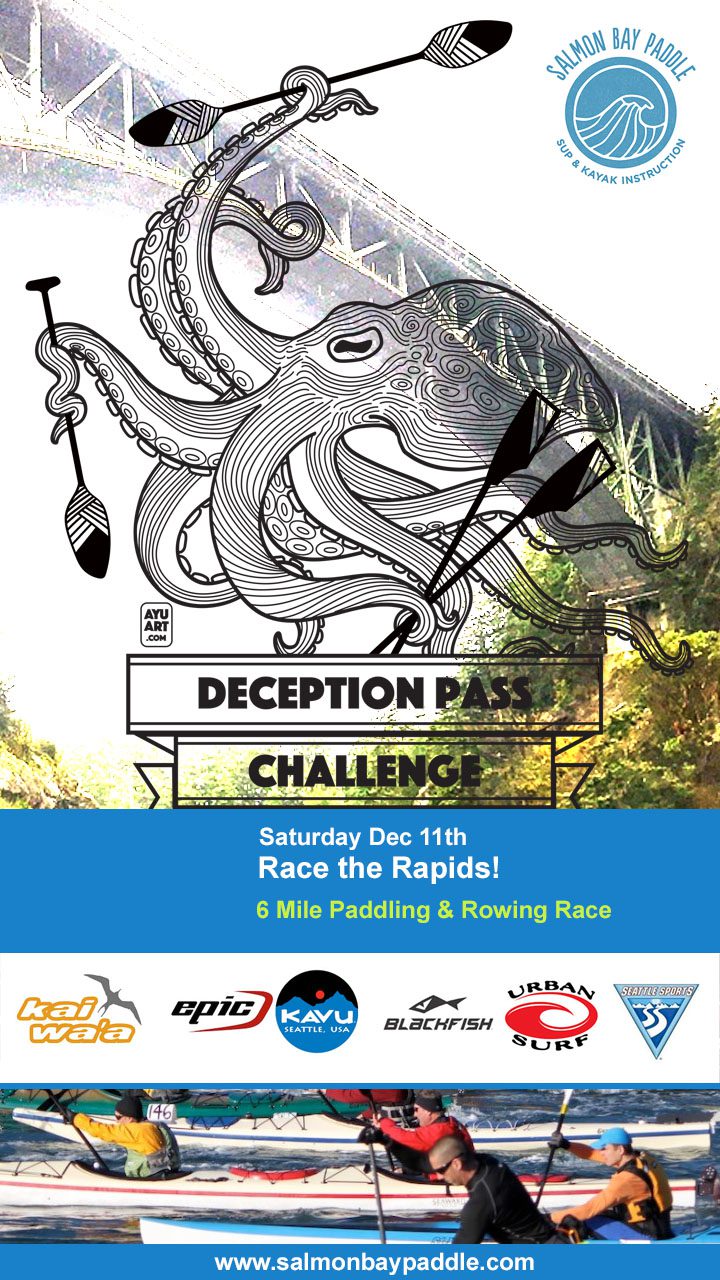 In 2006, Don Kiesling while working at Seattle Raft and Kayak, came up with the crazy idea a winter paddling race through the tidal rapids of Deception Pass. Assisted by fellow SRK staffer Will Robens and owner Bill Walker, the Deception Pass Dash was founded! Now in it’s15 year, the race is as crazy and fun as ever!

A portion of proceeds will be donated to the Skagit Search and Rescue who will be providing us with 2 boats to watch over racers!

This year we’re going back to the original course starting in Bowman Bay! Beat the ebb at the ‘Crux’ at Pass Island or get stuck on the other side. Round Pass Island twice for a chance to win an extra prize!